To obtain a neat overview of the striking New VW Taigo and its specifications, please view our Youtube video below: 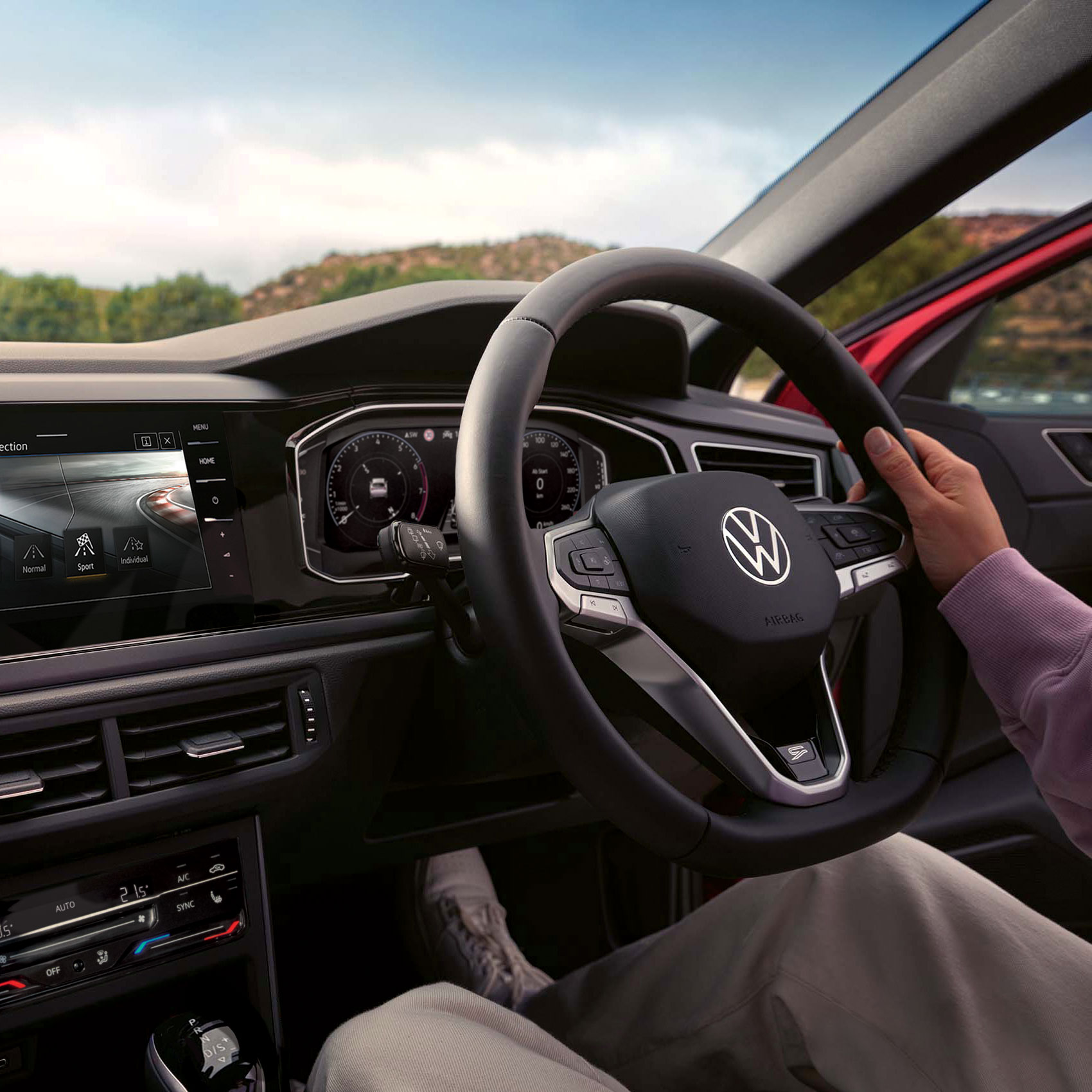 The Volkswagen brand is in an interesting position when we observe the automotive industry in Mzansi. On one hand, there are the Polo and Polo Vivo variants that dominate sales, but the SUV line-up is where the manufacturer is looking towards the future. Models such as the T-Cross, T-Roc, and the flagship Tiguan have crept up the general consciousness of the public. How would VW add more suave to an already striking SUV family?

The answer lies with the VW Taigo. Positioned to slot in neatly between the T-Cross and the T-Roc respectively, this model presented a wonderful opportunity for VW to go to town with specifications and features. The result is a coupe-styled SUV that is almost peerless amongst the general competition.

The new range is available in 3 variants. These include the Style, Life, and flagship R-Line models. All the models are fitted with a powerful 1.0 TSI engine that is capable of producing up to 85kW of power and 200Nm of torque. The combination has resulted in a consistent, strong, and reliable drive that will no doubt appeal to those with a young family in tow. 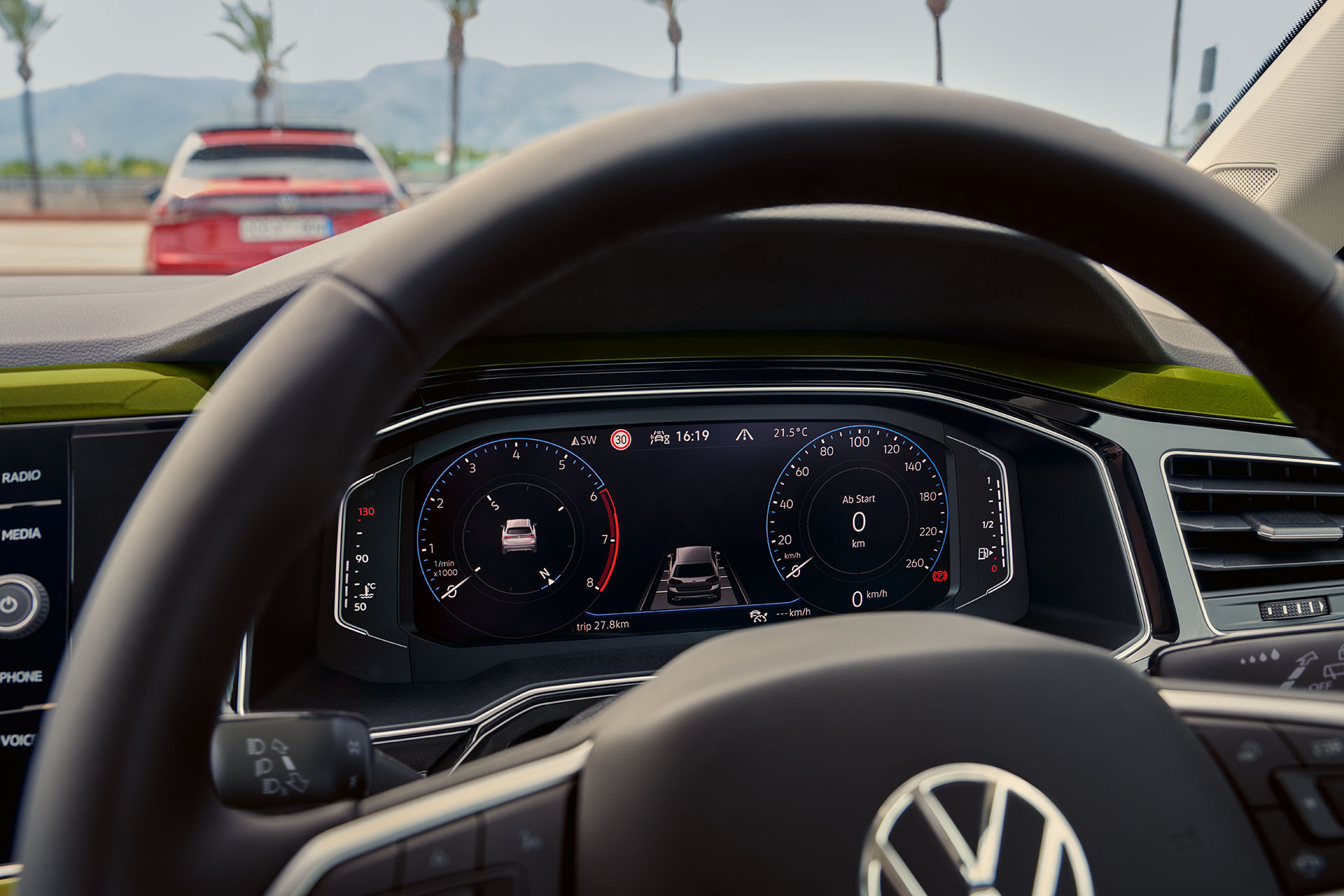 The new VW Taigo’s drive is also geared towards being eco-friendly. Features such as the Eco Function and low emissions are proof of Volkswagen’s sustainable intentions. Additional standouts include the matrix LED headlights, which add a smack of authority and presence to the front of the car. The panoramic sunroof (which you can either tilt up or open fully) gives the model a sportier and luxurious feel.

The Infotainment system varies slightly depending on the variant that has been chosen. A 6.5” radio display is offered to the Life model, whilst the Style and R-Line respectively are equipped with an 8” radio display. Volkswagen loyalists will recognize the We Connect Go system which allows premium connectivity in your vehicle. Features such as wireless phone charging are also stunning additions to the new Taigo range. 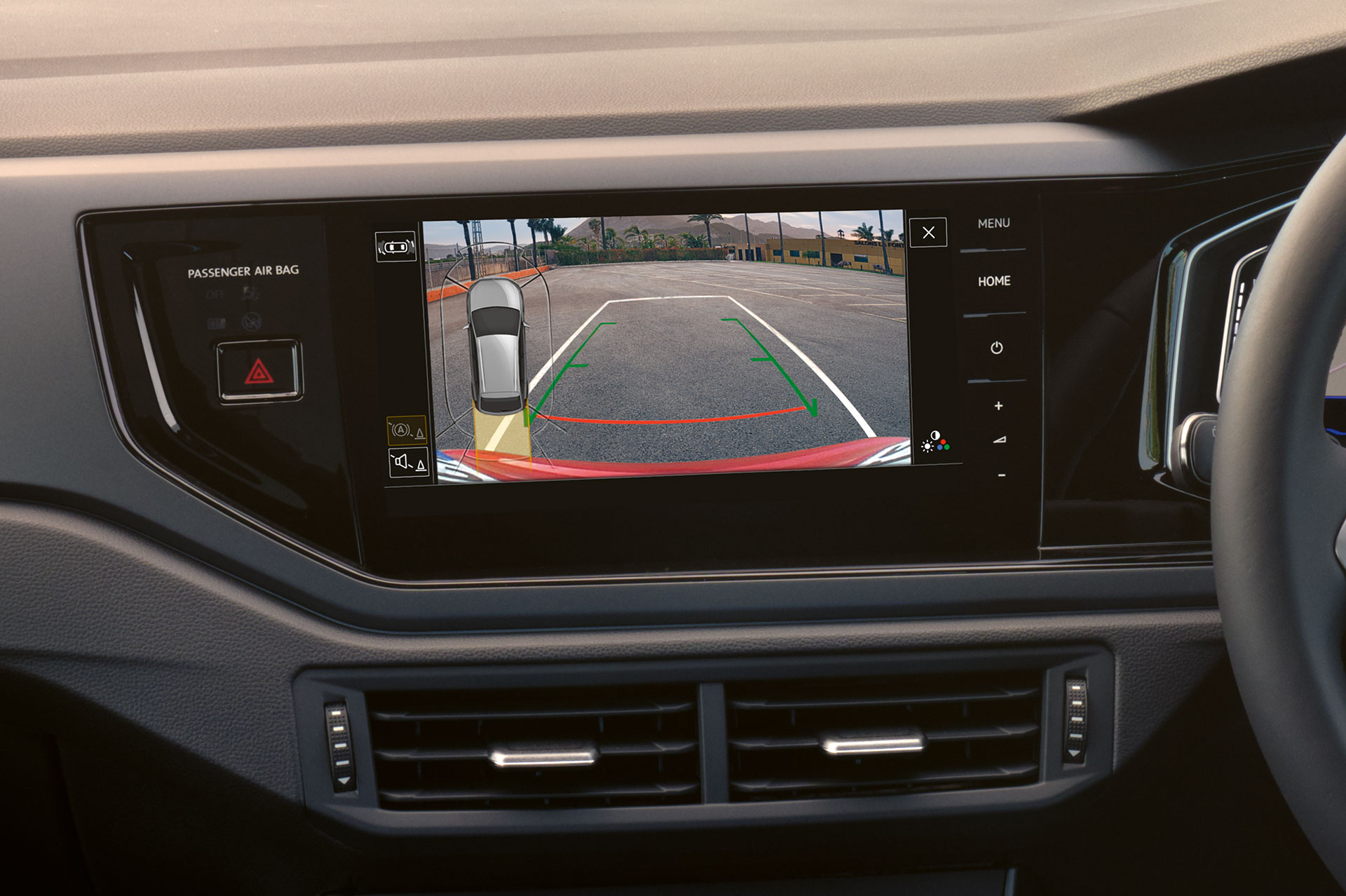 An outstanding innovation that is also present in the VW Taigo is the integration of the IQ.Drive system. It is here that observers can tell that VW’s focus on safety has never wavered. The system includes features such as Fatigue Detection, Autonomous Emergency Braking, and the ever-useful Adaptive Cruise Control.

To obtain a full view of the new VW Taigo’s latest specifications, please download our brochure here. Why not book a test drive at your nearest approved CFAO VW Dealership and try this wonderful new range yourself? Let’s have a look at the 3 new variants a little more closely. 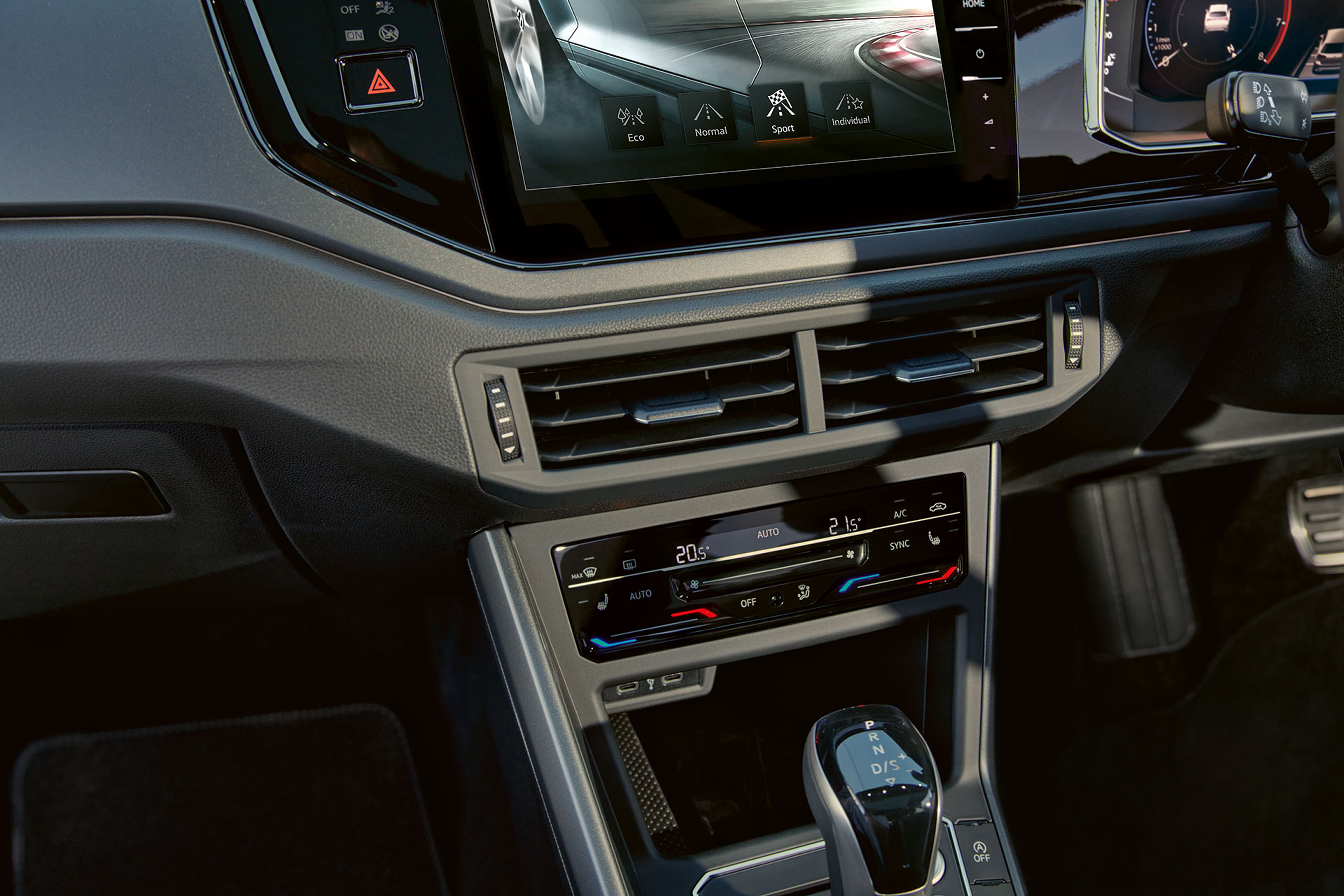 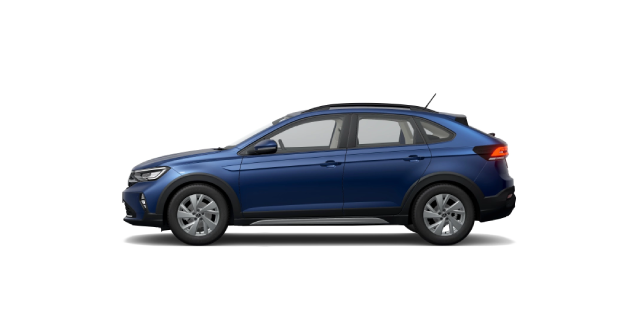 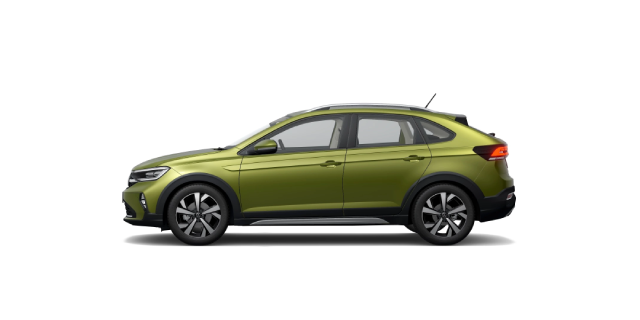 The second model in our range is the Volkswagen Taigo 1.0 TSI Style DSG. This model is equipped with 5 doors and races from 0-100kms in 10 seconds. 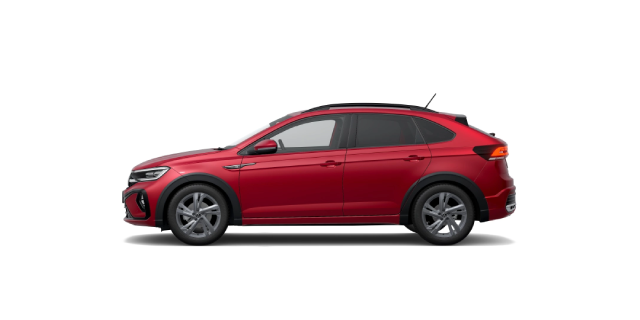 At the top of our range is the new Volkswagen Taigo 1.0 TSI R-Line DSG. This turbocharged model has an emissions level of EU6 and an eco-function as part of its drive profile selection.

Which variant is larger between the VW T-Roc and the VW Taigo?

While both models are part of the VW’s SUV line-up, the T-Roc has larger dimensions than the Taigo.

What kind of SUV is the new VW Taigo?

Volkswagen has classified the VW Taigo as an SUV coupe.

Is the new VW Taigo available in diesel or petrol?

The new range will only be available with a petrol option.

Are parking sensors available for all new models in the Taigo range?

Indeed it is. Sensors are available for all new variants.

Is there any difference between the Park Assist and Park Pilot features? 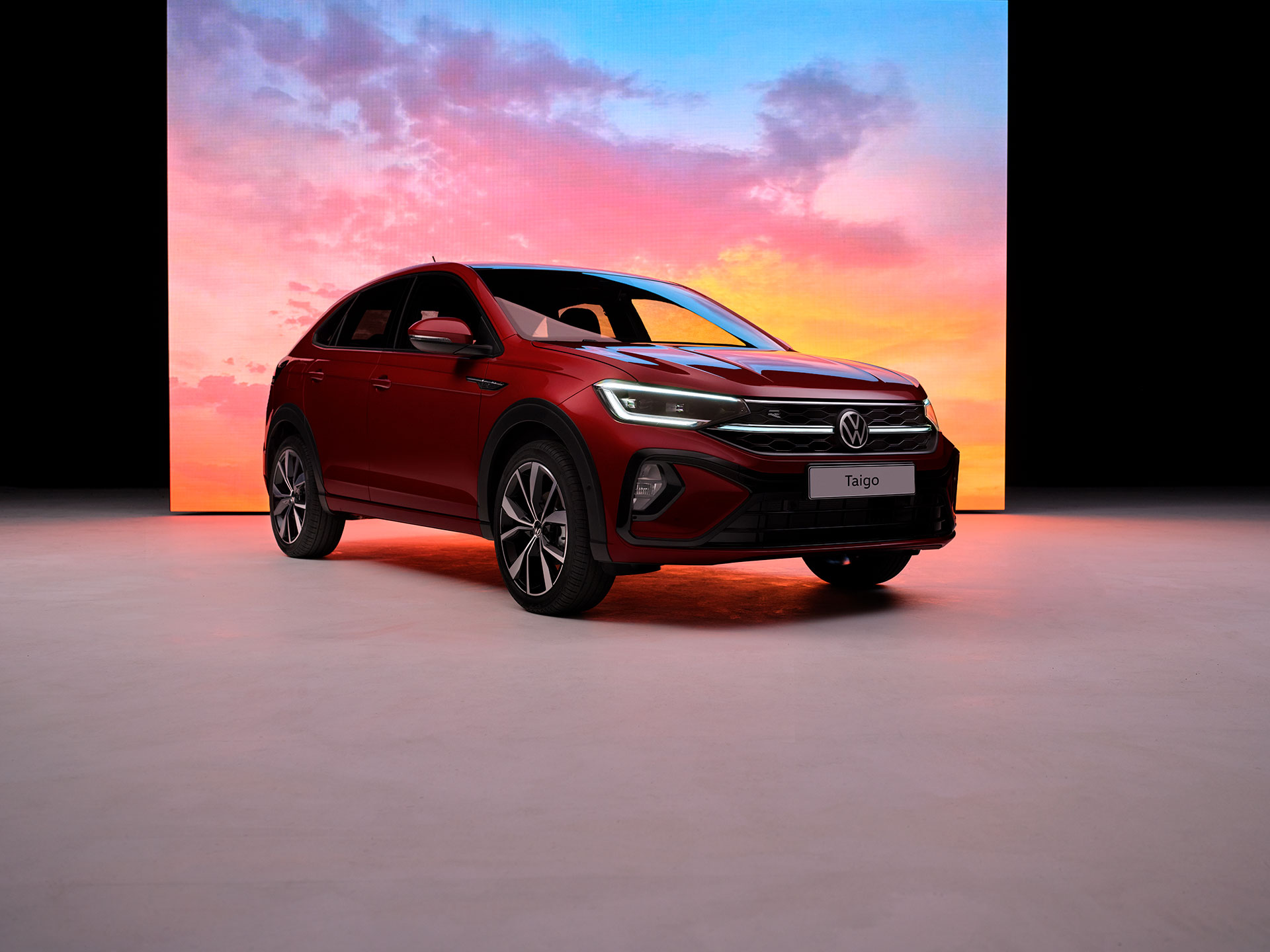 The overcrowded SUV market needed a dose of fresh innovation. Interestingly, when it arrived, it did not need to come from a brand new competitor. It was introduced by an industry leader. Volkswagen has reimagined the SUV experience with this, its VW Taigo. As a new member of the prodigious SUV line-up, it already stands out with its unique and elegant design aesthetic. The plush interior is littered with innovative safety features, whilst the drive is as consistent and strong as ever.

Rivals such as the new Kia Sonet may succeed in many aspects, but they cannot match VW’s safety innovations. A competitor such as the Hyundai Venue lacks sorely in the performance department when compared to the VW Taigo, and does not have the premium edge.

To enquire more about the new VW Taigo’s specifications, please download our brochure here. Alternatively, feel free to contact us!