Tailor-made For The individual: Reviewing The New VW Taigo

To obtain a neat review of the new VW Taigo, please view our Youtube video below:

Overview Of The New VW Taigo 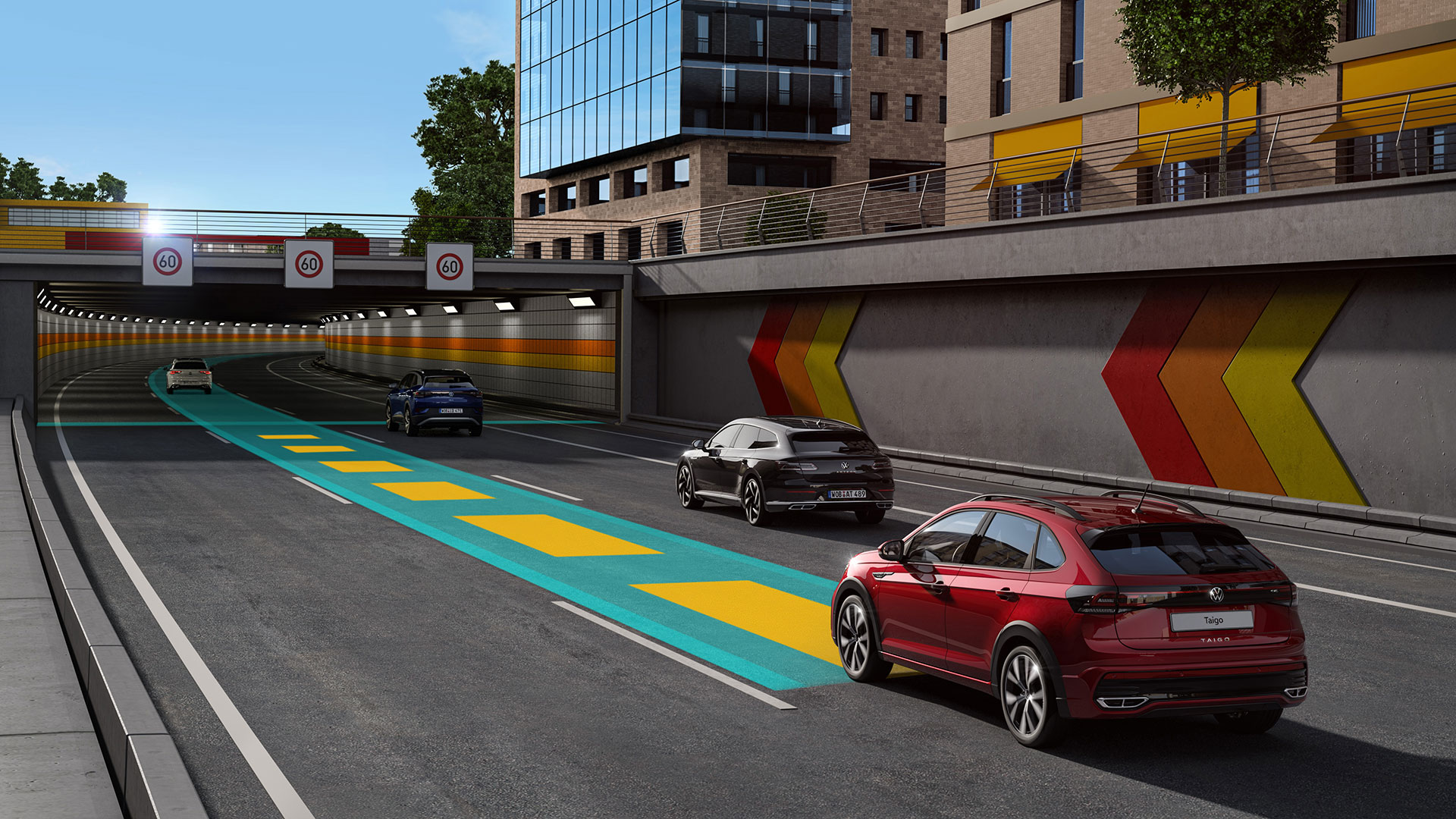 The new VW Taigo occupies a special place amongst the plethora of vehicles in the SUV market. As an SUV-styled model, the exterior characteristics guarantee that the variant is bound to stand out. When it comes to VW’s already formidable SUV line-up, the Taigo is slotted neatly between the T-Cross and the T-Roc. Slightly larger than the more recognizable Polo, it still presents a formidable addition to the VW Family.

This new variant is instantly recognizable by its side profile and sloping roofline. Volkswagen has also added another striking exterior detail by fixing the face of the model with a unique honeycomb grille and LED headlights. Giving it more of an edge is the option of the panoramic sunroof (available for all 3 new models), an element that adds more of an edge than we have become accustomed to with the traditional SUV. 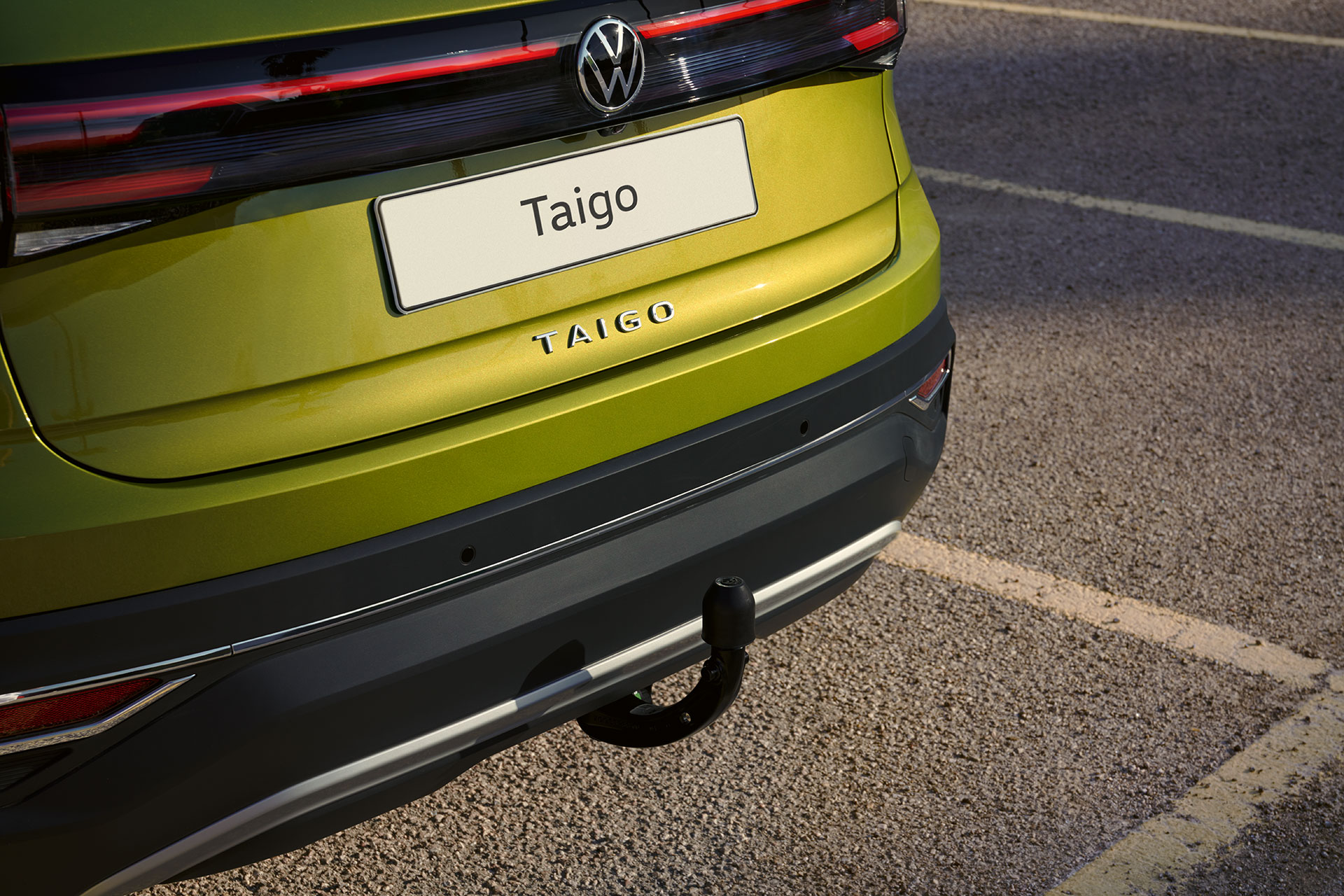 The interior of the VW Taigo completes the initial impression of luxury that the exterior of the model exudes. All models come equipped with a radio display that varies in size depending on the trim and variant. There are familiar players here too, with the inclusion of the We Connect Go functionality that allows drivers to connect their mobile devices to the Taigo. A standout piece of innovation is the incorporation of the wireless charging functionality. The performance capability of the new VW Taigo is as consistent and reliable as we have come to expect from the German manufacturer. All models come equipped with a 1.0 TSI engine that results in a stable drive on the road. All variants also emit 200Nm of torque and 85kW of power. The VW Taigo is not concerned with producing immense racehorse capability. The new variant is focused on being a more economical drive, an intention which is realized with the inclusion of the Eco Function ability that the R-Line variant comes with.

Safety is always paramount for Volkswagen. This can be seen by the integration of the IQ.Drive system. Quite literally a safety package, it incorporates technology such as Adaptive Cruise Control, Autonomous Emergency Braking, and Fatigue Detection.

For a more detailed and comprehensive view of the specifications of the new VW Taigo, please download our brochure here. Why not test drive this exciting new range yourself by locating an approved CFAO VW Dealership near you? Nothing could quite beat experiencing this new variant yourself. 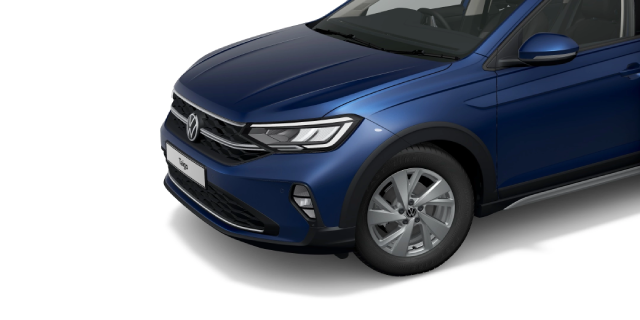 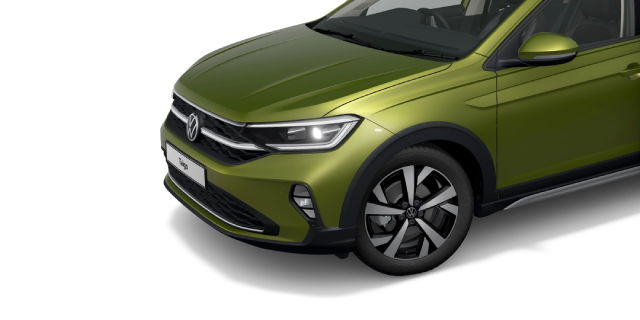 The second model in our range is the VW Taigo 1.0 TSI Style DSG. This model races from 0-100kms in 10 seconds and comes standard with Start/Stop regenerative braking.

At the top of our range is the VW Taigo 1.0 TSI R-Line DSG. This model comes standard with sports comfort seats and electronic stability control.

Which vehicle is bigger between the VW Polo and the VW Taigo?

Comparisons between the two models are inevitable, but the Volkswagen Taigo is slightly larger than the VW Polo.

Is there a sunroof option available with the latest variant of VW Taigo?

Indeed there is. All models in the new variant come equipped with a tilting and sliding panoramic sunroof.

Which country manufactures the VW Taigo?

The new Taigo is assembled in Pamplona, Spain.

Is there a diesel option available for the new VW Taigo?

Unfortunately, there is not. The new variant is only available with a petrol option.

Can the new VW Taigo be considered an SUV?

The new Taigo variant is described by VW as an SUV-coupe.

An SUV With A Dash Of Class

The traditional SUV can be counted on to feature many familiar features. Spaciousness, safety, and a solid on/off-road performance amongst them. However, this vehicle segment is not renowned for its exterior features. The VW Taigo unapologetically shifts our focus to its outstanding craftsmanship and lush interior design. The styling alone put it in a class of its own, innovation and tech aside.

By comparison, the Suzuki Vitara is nowhere near as sleek, and the Hyundai Creta looks dour when placed next to the Taigo.

For more information on the new VW Taigo, download our brochure here. Alternatively, feel free to contact us!